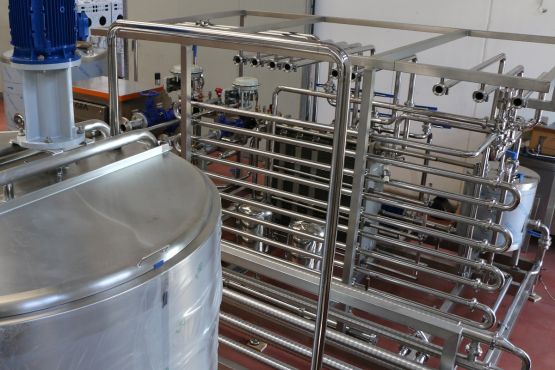 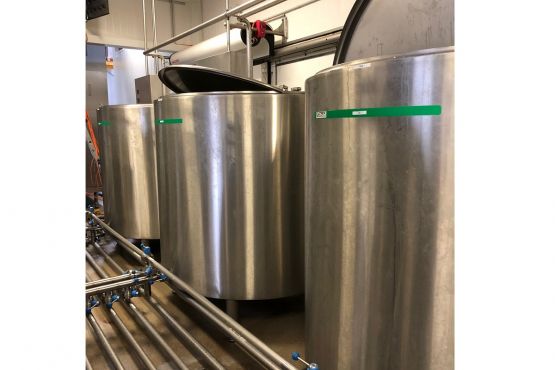 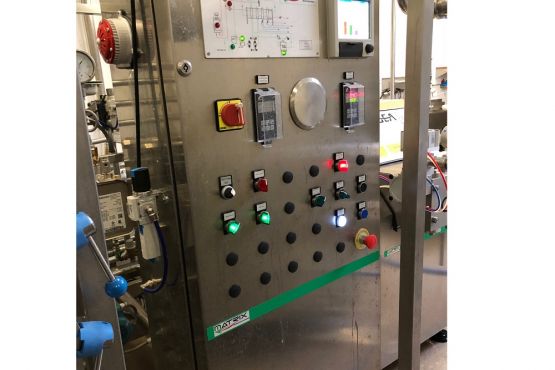 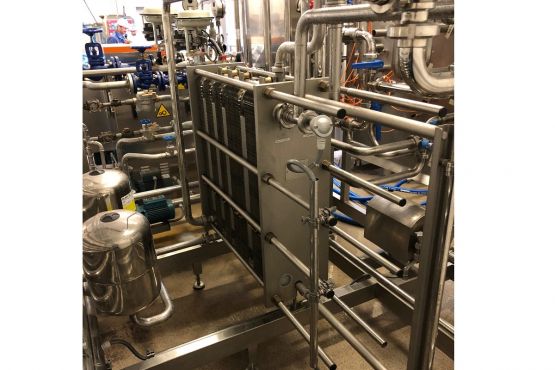 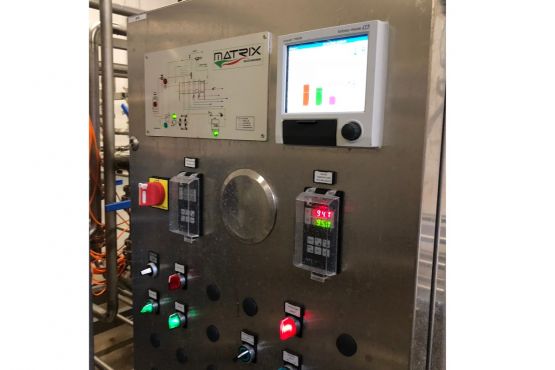 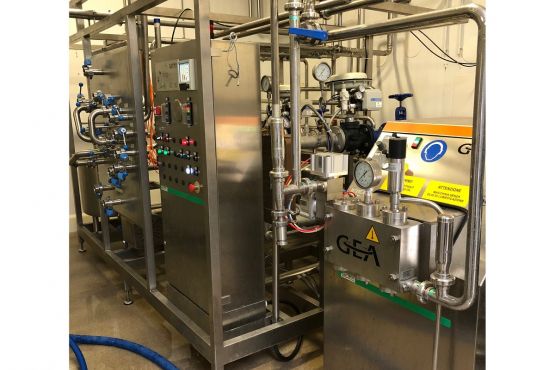 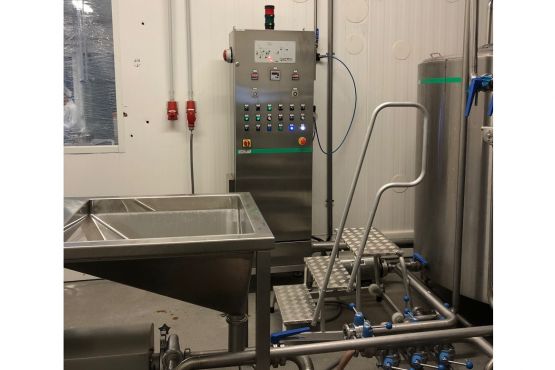 Ingredients such as fresh or powder milk, water, vegetable fats, dairy fats, sugar, stabilisers and emulsifiers are added to the mixing tanks. Water required to prepare the mix is sent to the selected tank according to the quantity set on the automatic dosing system. It is possible to dose automatically also milk and cream feeded by large capacity tanks.

Pre Heating
The heating system supplies hot water, which, through the circulation pump, is sent to the water jacket of the selected mixing tank in order to heat the mix up to 55°C. On reaching the temperature, the mix is transferred to the balance tank by means of the centrifugal pump.

Homogenisation
Once the pre-set heating temperature has been reached, the mix is sent to the homogeniser via a centrifugal pump, which, given its high pressure of 250 bar in the 1st stage and 50 bar in the second stage, reduces the fat globules into tiny particles to prevent fat separation and to obtain an excellent structure of ice cream

Pasteurisation and hold
From the homogeniser, the mix moves on to the pasteurisation section of the heat exchanger where it reaches a temperature of 85°C thanks to hot water coming from the heating unit. The mix then passes through the holding tube where it remains for 40 seconds at constant temperature. A probe detects the temperature of the mix and, if the temperature of the mix is less than the pre-set level of pasteurisation, the flow diversion valve makes it return to the balance tank to repeat the heating and homogenisation cycle. If, instead, it is equivalent to, or higher than, the pre-set pasteurisation temperature, the pasteurised mix flows to the cooling phase by entering the heat recovery section where it is cooled at 64°C by the transfer of heat supplied by the unpasteurised mix in the heating phase. This heat recovery process enables considerable reduction in energy requirement and is one of the advantages of an HTST-type system

The time required to complete the mixing and pasteurisation process is approximately two hours. Since the system is furnished with two mixing tanks, the volume per hour is equivalent to the capacity of one of the mixing tanks. In fact, while the first mixing tank is filling and being taken to the set preheating temperature, the second one has already reached the preheating temperature and it being processed through the homogeniser and heat exchanger, thus triggering a continuous work process by alternating between the two mixing tanks.

The plant can be completed with following accessories:

This website uses cookies with technical purposes as specified in the information. Refusal makes unavailable the functions for which consent is required. You can freely accept or reject consent at any time. For more information or to change your choice, see the Privacy & Cookie Policy page.